More about Melanoma and Melanoma therapies

​​The ASCO guide to Melanoma written for patients, also covers therapy options for advanced Melanoma but is somewhat indiscriminate to new and old therapies- Interleukin and chemo mentioned in same line with immune therapies e.g. Sections are regularly reviewed and approved by the Cancer.Net Editorial Board.

by the american society of clinical oncology

In Europa per year more than 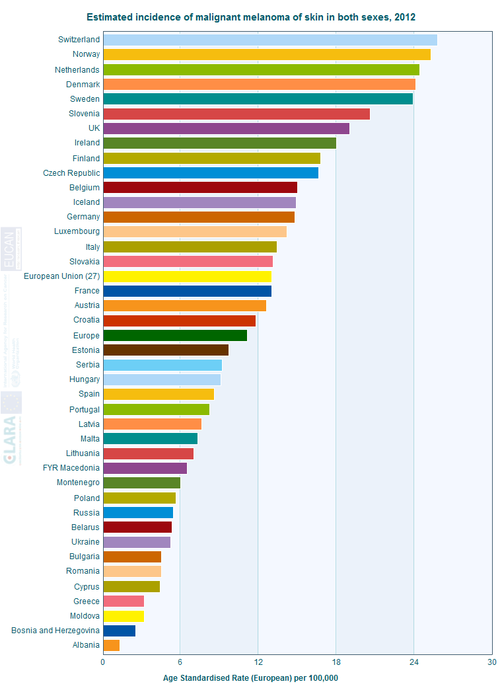 ​​​Melanoma is a cancer

that starts from the pigment-producing cells of the body, called melanocytes. Often, Melanoma starts on the skin with a mole but in rarer occasions, it can also start in the eye, on hand and feet, any inner surface of the body or in extremely rare instances, in any organ of the body like the heart or the meninges (soft wrappings for the brain and spinal chord). When Melanoma is discovered at a stage when it has spread, it can become impossible to identify the place where it has started.

Discovered early, Melanomas can be removed by surgery and patients have a very high chance of being cured. Once spread, it is sometimes called Malignant Melanoma (although Melanoma is always cancer, so it is always malignant). Without new medicines, patients will on average only survive 6-9 months after diagnosis, highlighting the importance of access to the new effective Melanoma treatments for our community.